Some discussions on Twitter can be quite heated. It's common to quote a tweet to criticize its content. But sometimes, a quoted tweet can lead to harassment of the quoted user, and the potential harassment is even higher when you have a huge number of followers.

The best way to prevent this potential harassment is to share a screenshot of the tweet, without the name and avatar of the user. It does not fully prevent harassment, as one can still search for the tweet's content and find it, but it will still work as a way to limit the harassment :

- As there is a new step (searching for the tweet's content), fewer people will make this effort
- If the user regrets their tweet, or just wants to protect themselves, they can delete the tweet and make it impossible to associate the anonymized tweet to their account

(The REAL best way to prevent harassment is to rephrase the tweet's content so it can never be found by someone with malicious intents. But hey, the anonymization is the _second_ best way !)

And remember, be responsible with what you share, and never forget to describe your image contents for the visually impaired. 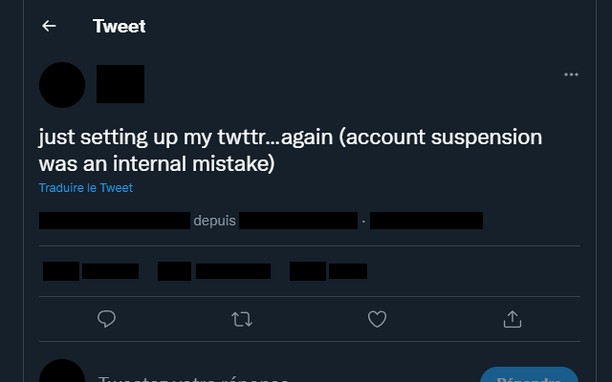